Home The Blog The Captivating Amethyst

A single glance at the vivid violet beauty of an amethyst is enough for us to understand the yearning felt by a British colonel who happened upon a most magnificent one during his mission to Delhi, India in 1857.

But that does not mean it was a good idea to steal the stone from Indra’s temple. King of Gods and Ruler of Heaven according to ancient Vedic texts, Indra was said to have no mercy to spare for those who would plunder the treasures of his people.

As the colonel’s health and wealth wasted away in the wake of the theft, he gave the purloined gem to another on whom misfortune quickly fell. Gaining a reputation as a jewel cursed by Indra did nothing, though, to diminish the amethyst’s appeal, and it changed unlucky hands until it eventually found its way to Edward Heron-Allen in 1890. Over time, Heron-Allen became convinced the stone would continue to bring nothing but sorrow to him if he did not hide it away. It was placed at the heart of seven locked boxes and sealed inside his bank vault until three years after his death. Then—with a note of warning—it was donated to the National History Museum of London where it still resides. 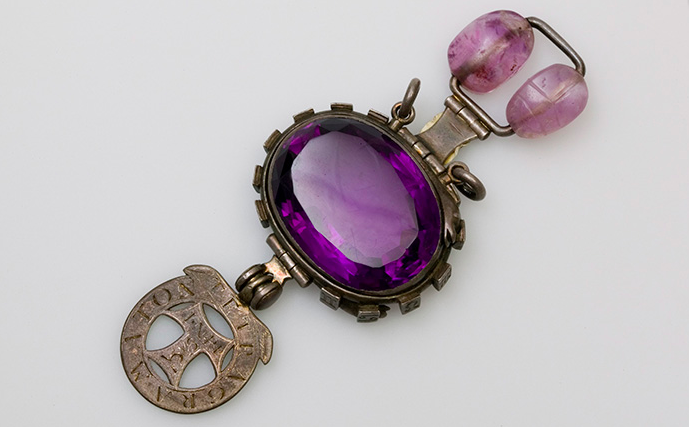 Indra's Amethyst mounted in silver in the form of a snake with two amethyst scarabs on one side and a silver "T" on the other.

It is perhaps no wonder Indra’s acrimony trailed the stone to England given that amethysts are gems said to connect wearers to the Divine. And as amethysts are widely known as jewels of auspicious fortune said to protect those who wear them from harm, we cannot fault those who were smitten with it for hoping their luck would change for the better. We sure are grateful that Indra’s amethyst is an anomaly among these ravishing purple jewels, though, because we cannot get enough of these stunning gems.

Generally considered the most beloved member of the quartz family, amethysts have enchanted and inspired for thousands of years. The 16th century poet Remy Belleau, wrote a tale about the origin of the stone. He dreamed that amethysts were created after Bacchus—the Roman God of wine—became enraged at mortals and declared that his tigers would ravage the next human to cross his path. Unaware of Bacchus’s anger or his threat, the maiden Amethyste happened upon him on her way to the temple of Diana. As the tigers came for her, Amethyste cried to Diana for protection and was turned into a clear crystal before she could be torn apart. In his remorse for his actions, Bacchus poured wine over the solid form of the maiden as an offering to her and gave the crystal its exquisite color. 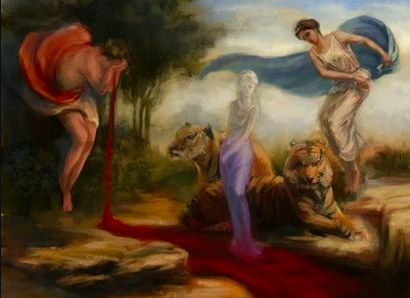 Alternately, credit for the striking color of each particular amethyst belongs to the specific distribution of manganese and iron throughout each gem, and with shades spanning the spectrum from palest lilac to richest plum, there is an amethyst to suit everyone. Notably besotted with this fascinating gem were the rulers and aristocracy of the ancient world. But modern monarchs are still enraptured by the amethyst, and some of the finest amethyst jewelry in the world graces the royal collections of Denmark, Norway, Luxembourg, and the United Kingdom. 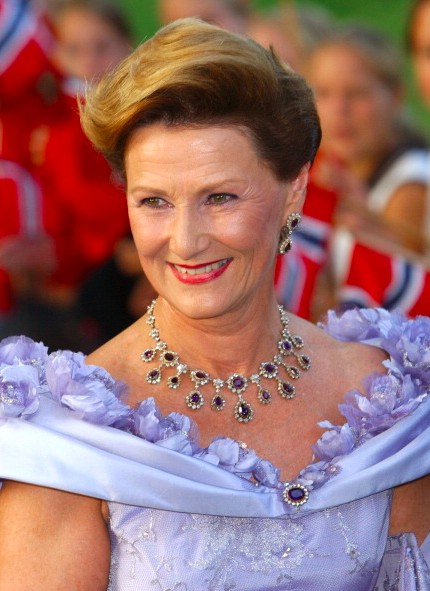 One need not be born into a royal family to enjoy the blessings and beauty bestowed by the brilliant amethyst, though, for all except Indra’s amethyst are said to gift every wearer with clarity, vision, patience, and peace. Especially felicitous for those born in February, the marvelous amethyst is said to possess healing properties and inspire creative solutions to even the most troublesome of problems. It’s a jewel of purpose and the fulfillment which comes as a result of pursuing the desires of one’s soul. Given and received as the gem of the 17th anniversary, it is also the gem of St. Valentine and a symbol of enduring love. And it's simply one heck of a sexy, sultry stone. 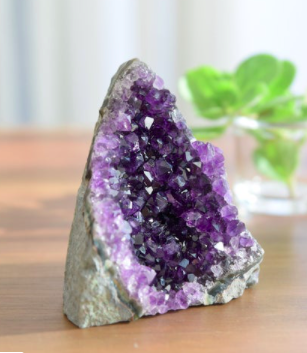 Truly extraordinary in every shade of its existence, the amethyst remains among the most cherished gems in the world today. And as we said at the beginning, it’s absolutely no wonder why.