Rumor has it that it happened at Parker’s Restaurant in Boston. Or Martin’s Tavern in Georgetown. Or perhaps not even in person. Whispers of an overseas telegram or a long-distance call were also circulated. But wherever John F. Kennedy—then US senator and future US president—proposed to Jacqueline Lee Bouvier in 1953, one indisputable truth about the event is that he chose one heck of an engagement ring: a ravishing diamond and emerald toi et moi masterpiece created by Van Cleef & Arpels. With this proposal and that ring, John and Jackie did not just change the course of their whole lives. They reignited an enthusiasm for toi et moi rings which remains unabated nearly 70 years after their engagement was announced. 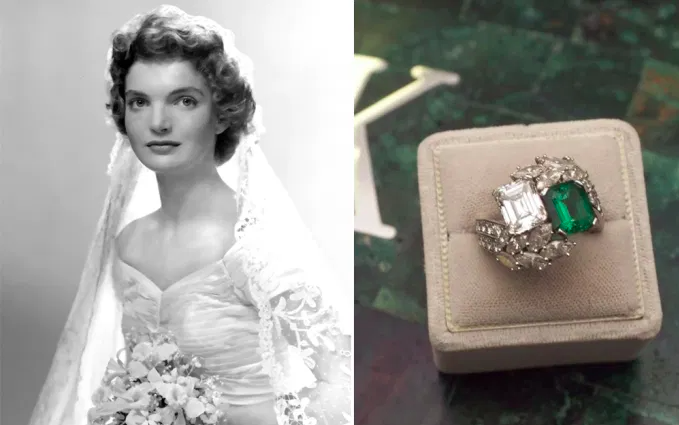 Considered among the most remarkably romantic ring styles since Napoleon Bonaparte proposed to Joséphine de Beauharnais with a sapphire and diamond toi et moi in 1796, this you and me design continues to captivate. In 2018, Emily Ratajkowksi first flashed the diamond on diamond toi et moi gifted to her by Sebastian Bear-Mcclard nearly five months after they were married. When Ariana Grande announced her intention to marry Dalton Gomez, she shared the good news with photos of her sensational pearl and diamond toi et moi engagement ring. And countless couples impassioned by love no less glorious for the absence of celebrity status have also chosen to honor their passion and promises with a toi et moi ring perfect for their relationship.

An extraordinary tribute to souls entangled in singularly sublime love, toi et moi rings traditionally include two unique gemstones of similar cut and size. But what we love most about these beauties is how precisely personalized they can be in every element including stones, shapes, and scope, as evidenced by the design differences between the famous rings already mentioned. As exclusive as the affection shared with your sweetheart, every toi et moi ring offers the world a hint of your love story, whether you begin with a concept yet to be created or mindfully select an antique or vintage ring to declare your wish for forever. 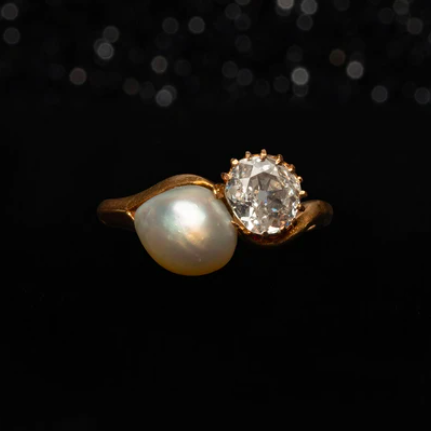 The ring we get asked about more than any other: The Antique Pearl & Diamond Toi et Moi

Even though it was sold long ago, the ring we get more requests about than any other at The Moonstoned is the Antique Pearl and Diamond Toi Et Moi Ring. Characteristic of faith and fortitude, tenderness and tenacity, imagination and integrity, diamonds are said to represent a commitment to one’s beloved as indestructible as the jewel itself. As gems originating from the depths of the sea, pearls are said to honor the ebbs and flows of shared lives as well as the dynamism of lasting love. United together, these gems epitomize an enduring and devoted love capable of thriving and surviving even during years both trying and triumphant.

This ring and style is so inspiring, we have created a few custom pieces in its honor. Clients have come to us wanting a similar pearl and diamond ring or made with stones symbolic of their own tastes and journey. It has been a joy to help bring these ideas into being. 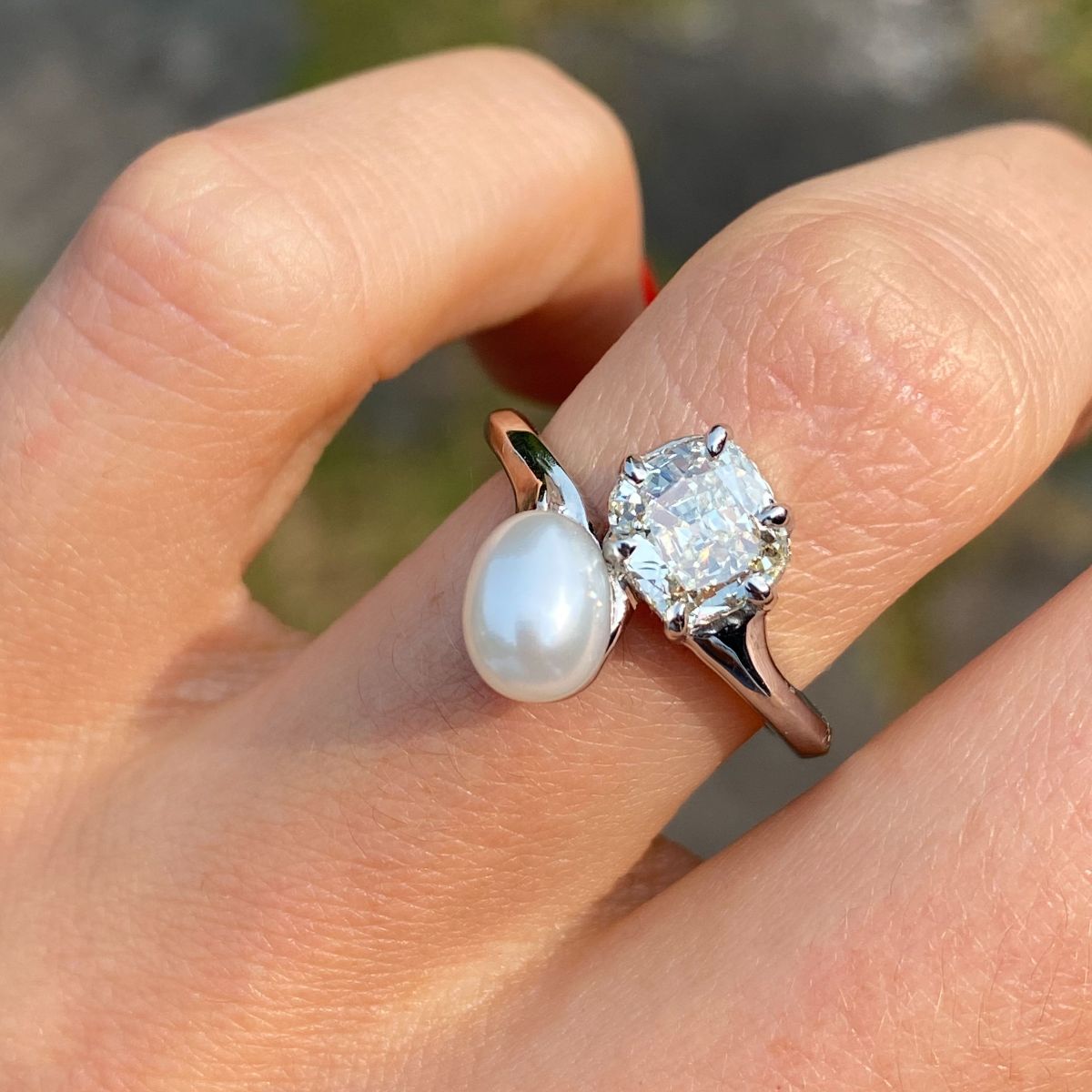 Beyond a thrilling celebration of the marvelous magic created when two distinct individuals unite for the exhilarating adventure of together, toi et moi rings are also a touching tribute to the expansive love shared between a parent and a child or within the hearts of the dearest of friends. With birthstones or beloved gems at their center, these momentous rings are an exquisite reminder that even vast expanses of time and space can never truly separate two people who cherish one another.