She Who Hears the Sounds of the World will not ignore the plight of those in need—or so it is written of Guan Yin. She goes by many names in many different countries, but in China, Buddhists refer to the bodhisattva who embodies mercy, compassion, forbearance, and kindness as Guan Yin. Often depicted with a willow branch in one hand and a healing elixir in the other, she roams the world in aid of those who might be ignored and particularly protects anyone at sea. Temperate, tranquil, soothing, and serene, Guan Yin brings peace with her wherever she goes. It is no wonder that aquamarine is the gemstone chosen by many to honor her and all she represents. 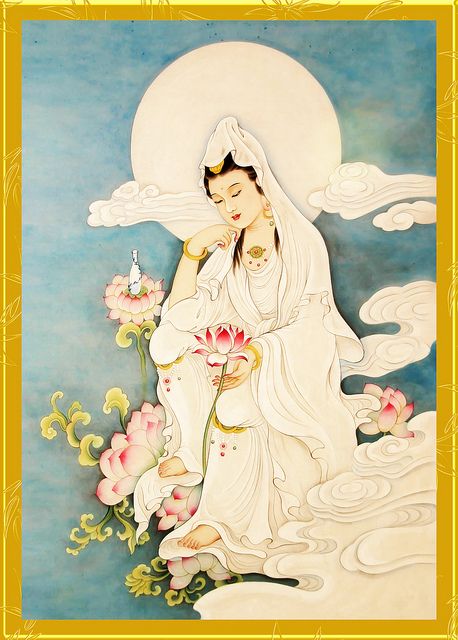 A painting of Guan Yin, goddess of compassion

Breathtaking blue gemstone of the beryl family—and thus kin to emeralds—aquamarine takes its name from the Latin words for seawater and owes its ethereal pigmentation to trace amounts of iron in the pegmatites where these gems are formed. Astonishing and adorning humans for more than two millennia, aquamarine has been discovered in mountainous regions throughout the worlds. 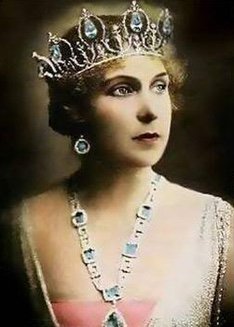 In the Brazilian state of Minas Gerais, the largest aquamarine yet discovered was mined in 1910. Weighing in at 243 lbs (110 kg), it was cut into faceted stones for an assortment of jewelry, and collectively these smaller stones weighed more than 100,000 carats. Nearly 70 years later, another enormous aquamarine was discovered in Minas Gerais. Weighing nearly 100 lbs (45 kg) and measuring three feet (0.3 meters), this gemstone slipped from the hands of the prospectors and fractured into three pieces. While two of the pieces were also cut down into smaller stones for jewelry, the third was named Dom Pedro in honor of the first emperor of Brazil and eventually sold to the German gem artist Bernd Munsteiner—inventor of the fantasy cut. Munsteiner turned the Dom Pedro into an obelisk sculpture with lozenge cuts in the back that reflect all light and give the illusion that the gem glows from within. In 2011, this stunning 10,363 carat aquamarine was gifted to the Smithsonian Museum of Natural History in Washington, D.C. where it continues to be displayed to this day. 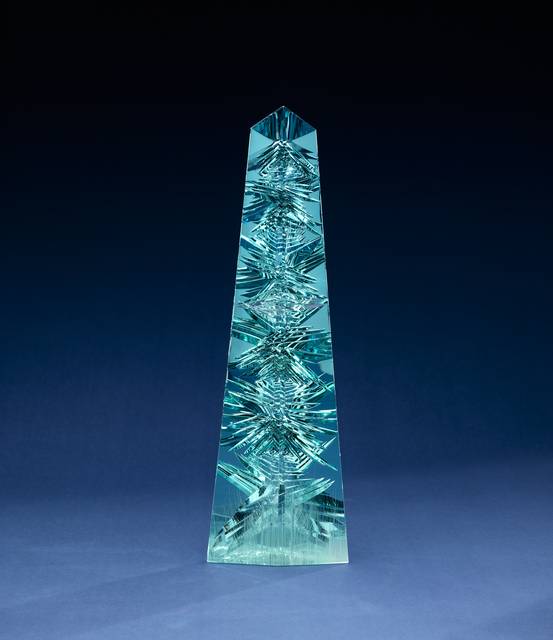 Though mined from the mountains, ancient Greeks and Romans believed aquamarines made their way to humans from the treasure troves of mermaids and thus dedicated the gems to Poseidon and Neptune, their respective Gods of the sea. Sailors and merchants who traveled by water often wore amulets of aquamarine to ensure both courage and safety on their journeys. Tales of aquamarine’s ability to hearten and preserve were also told throughout ancient Egypt and India, and fervent belief in these powers brought forth earrings, rings, pendants, and bracelets all featuring this gorgeous gem. During the Middle Ages, aquamarine was credited with granting newlyweds happiness in marriage, and its reputation for imbuing relationships of all sorts with an extra measure of contentment and joy continues to remain strong all these centuries later. 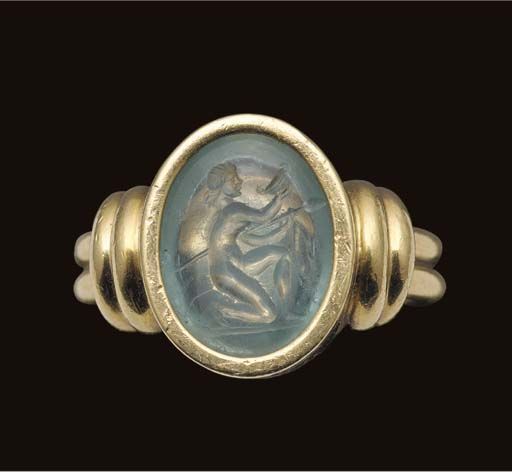 Gemstone of the 19th anniversary and birthstone of March, aquamarine is said to imbue all who wear its brilliant blue with perseverance, cheer, and determination. A gem of empathy and justice, it is the perfect jewel to wear when working to right wrongs, standing with those who need support, and advocating for yourself or another. Jewel of the smooth sea, aquamarine is credited with bestowing peace and harmony wherever it goes. Said to alleviate fear and bolster bravery, aquamarine honors the audacity of authenticity in all relationships and endeavors. And quite simply, aquamarine dazzles and delights in any design. Exquisitely enchanting, this auspicious gem of oceans and deities makes a most excellent gift of adoration, appreciation, and celebration for another or your own magnificent self.