In a time and place when men ruled nearly all of the known World, it was a woman who was trusted to speak for the Gods...

Known as both the Pythia and the Oracle of Delphi, the High Priestess of Apollo’s temple in ancient Greece received supplicants from throughout the land who needed Apollo’s divine guidance. On every seventh day of the nine warmest months of the year, the rich and poor, royal and common, brought their questions to the woman at the heart of Apollo’s temple: Who stole my sheep? Will I be happy in marriage? To which Gods should I offer sacrifices in order to keep my good health or prosper my business? Even the political and military leaders of the day consulted The Oracle and would not undertake any significant endeavor without her sanction. 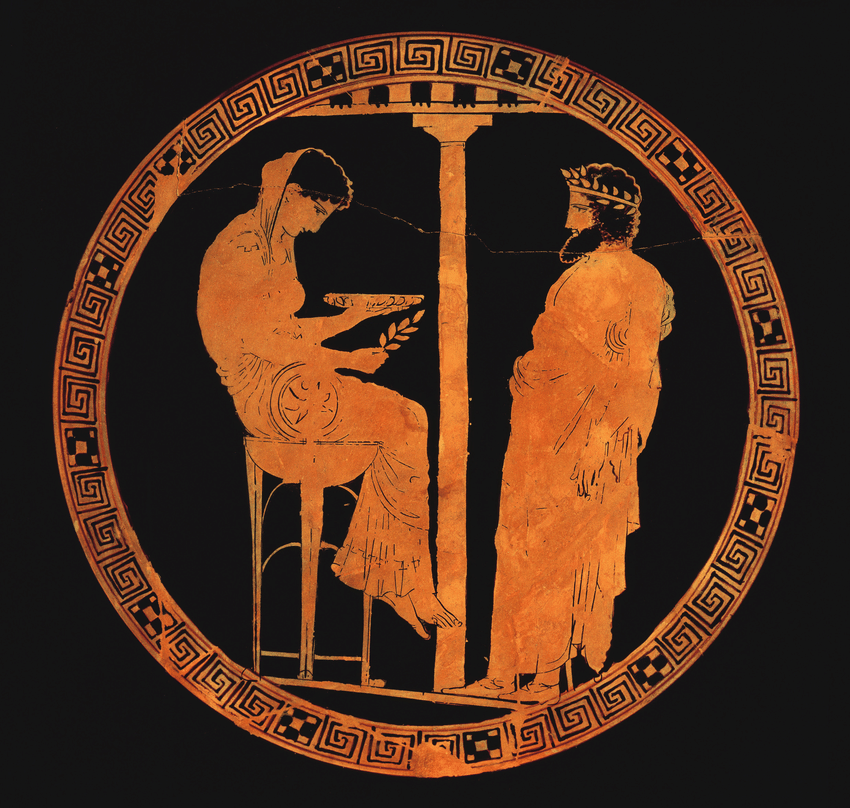 Through The Pythia alone, Apollo spoke to mere mortals, rustling the leaves of the laurel with his answers to their inquiries as The Oracle translated his wisdom. To aid in understanding Apollo’s communication, The Pythia wore sapphires as she prophesied, and the petitioners, too, carried these gemstones into the sacred space of consultation. Each believed the exquisite gemstones would grant them the clarity of mind necessary to make some sense of what were often obscure statements. Believed to lift the veil between realms, sapphires granted—for a moment—a hint of divine wisdom each human could carry with them back to their home.

Known in many cultures as a gemstone of intuition and intelligence, sapphires have been prized by rulers, clerics, explorers, and everyday individuals since they were discovered before the first words of any known language were written down. A mesmerizing variety of the mineral corundum, these magnificent gemstones come in a spectacular array of captivating colors including shades of yellow, pink, purple, orange, and green. Blue is the hue most often found in the world and centers many of the myths surrounding this delightful gem. 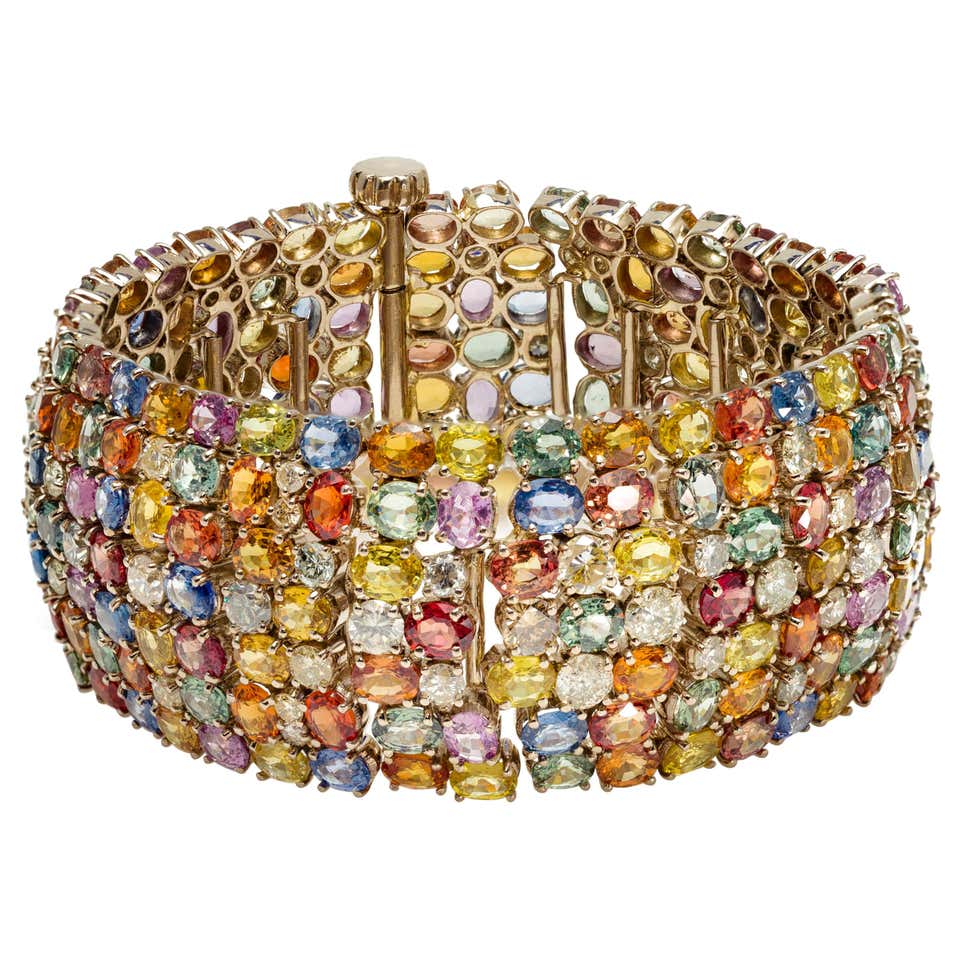 The entire universe rests on an enormous brilliant blue sapphire, according to one Persian origin story, and it is this cosmic pedestal which colors the heavens with its reflection. This celestial connection between color and stone has granted the sapphire a reputation of helping humans reach astral and psychic realms otherwise forbidden to mortals, but it is also credited with offering wearers access to the knowledge and insight rooted in the deeper levels of internal human consciousness.

A gemstone symbolic of fidelity and sincerity, the sapphire is also an excellent jewel for celebrating tender and tenacious love. In fact, the sapphire and diamond toi et moi ring Napoleon gave to Joséphine on the occasion of their engagement has gone down in history as one of the most romantic pieces of jewelry to ever exist, and sapphires have featured heavily in royal adornment since those days. Queen Victoria, Princess Diana, and the current Duchess of Cambridge have all worn sapphires given to them by the men they loved. With their singular beauty and their amorous symbolism, sapphires of any color are the traditional gemstone of the 5th and 45th anniversaries, while blue sapphires in particular are given to celebrate the 65th anniversary. 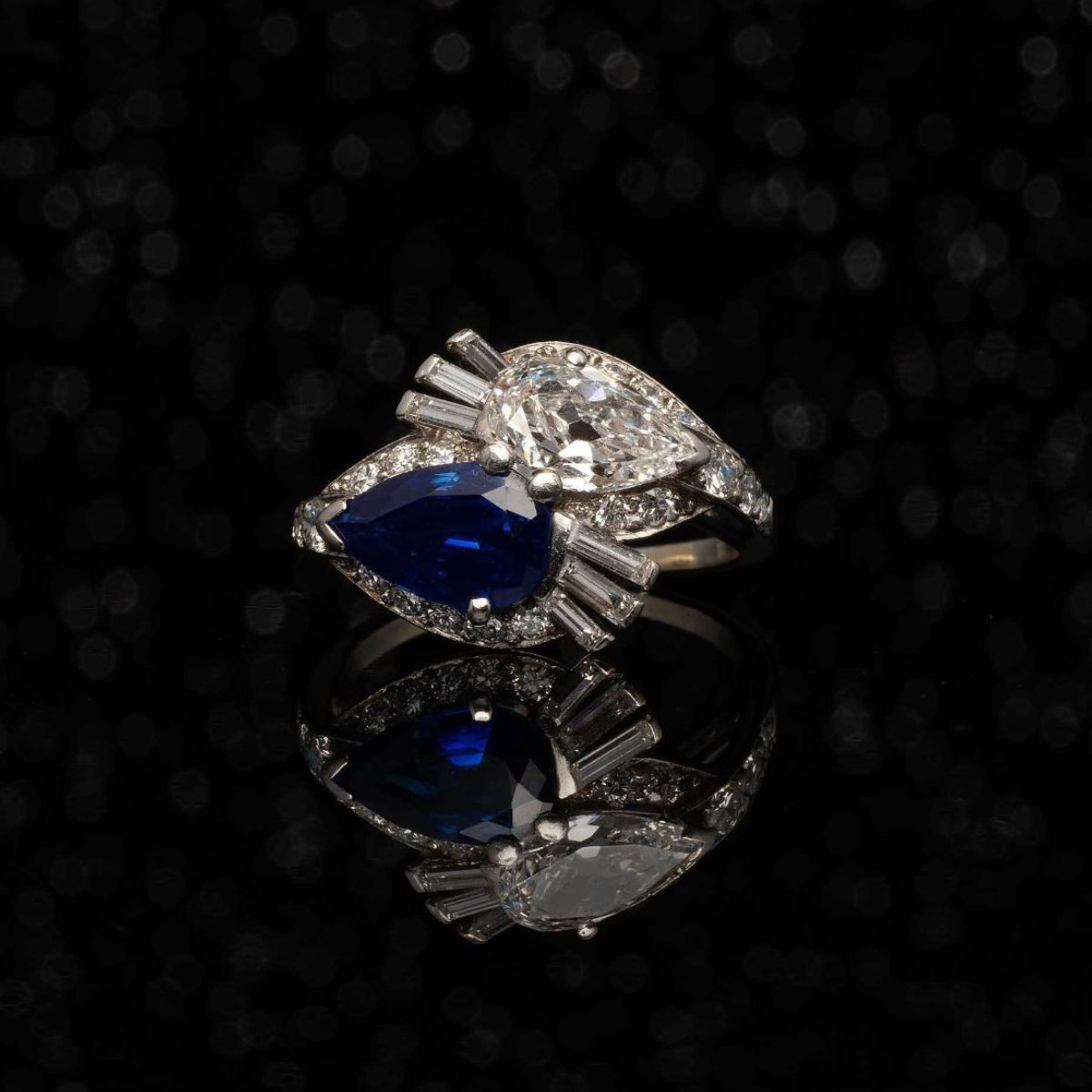 Believed to protect the wearer from envy and harm, sapphires are particularly auspicious to those born in September. The birthstone of the first autumn month, sapphires are said to help focus and calm the minds of all who wear them while also empowering a courageous vision of what can be accomplished with the clarity offered by the gemstone. And though it has been thousands of years since the Oracle spoke to those who wished to know the mind of a god, sapphires are still credited with helping the wearer access the divine within and without. Marvelous gemstones of incomparable wonder, sapphires are an excellent choice of gem to celebrate brave accomplishments, lasting love, or simply the treasure that is you.